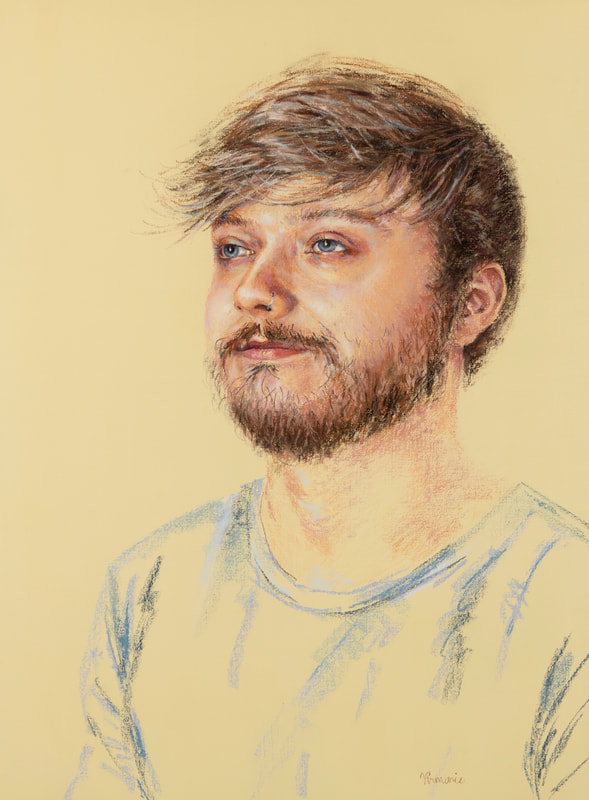 John first caught my eye on social media. Something about the structure of his nose, the sweep of his hair, and glowing sparkle in his eyes made me interested to hear his story.

When John came to my studio he shared that even though he came from a very loving family, for most of his life he had not liked who he was. He could not put his finger on why, but he always felt lesser than. His inner critic constantly put him down and made him believe he didn’t deserve happiness. So, to numb and quiet his mind, he began to rely on illicit substances… and soon lost himself in the deep hole that is addiction. In his search for peace he nearly died, but his family would not give up on him.

As he hit rock bottom, he came to a crossroad and took a bold, brave step to seek professional help and change the direction of his life. Through that journey, he was able to begin loving all the pieces of himself he once considered broken. Almost three years later, John sees himself differently. He now describes himself as “compassionate, thoughtful, loving, brotherly.” But, best of all, he finally likes the person in the mirror looking back at him. ​